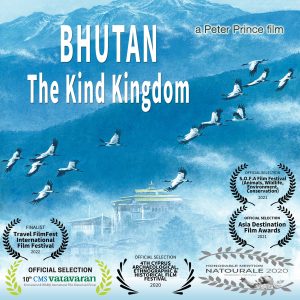 The versatile, intrepid Canadian artist Peter Prince, is based on Salt Spring Island, BC. He has taken his musician’s soul and filmmaker’s eye from the Haida Gwaii to the Himalayas, but his heart is rooted in natural beauty and culture of the Salish Sea. The remarkable breadth of his work includes producing and directing documentary films, composing soundtracks for Film and TV, and creating 7 ALBUMS of original music. His award-winning films have aired on networks in over 60 countries. Down-to-earth stories and honest emotion are standards of his craft as he finds new ways of using media to communicate.

The high flying “heavenly bird” of the Himalayas is the muse for BHUTAN – THE KIND KINGDOM. Prince’s new documentary gives voice to the endangered Black Necked Crane and the enlightened conservation initiatives of this enchanting Buddhist nation. As Bhutanese farmers strive to save their beloved Cranes, his lens captures the kingdom’s rugged beauty and vibrant culture. Discover the heart and mind of a land the world has called, “the last Shangri-La.”

CONTACT us to arrange a public screening of the film, to view it online or buy a DVD. Watch the BHUTAN trailer ~>

A new album and music videos are forthcoming. Friend Peter at FACEBOOK for news and concert info. Explore his BLOG and VIDEOS. Thanks for supporting Fair Trade for Independent Filmmakers and Music Creators. 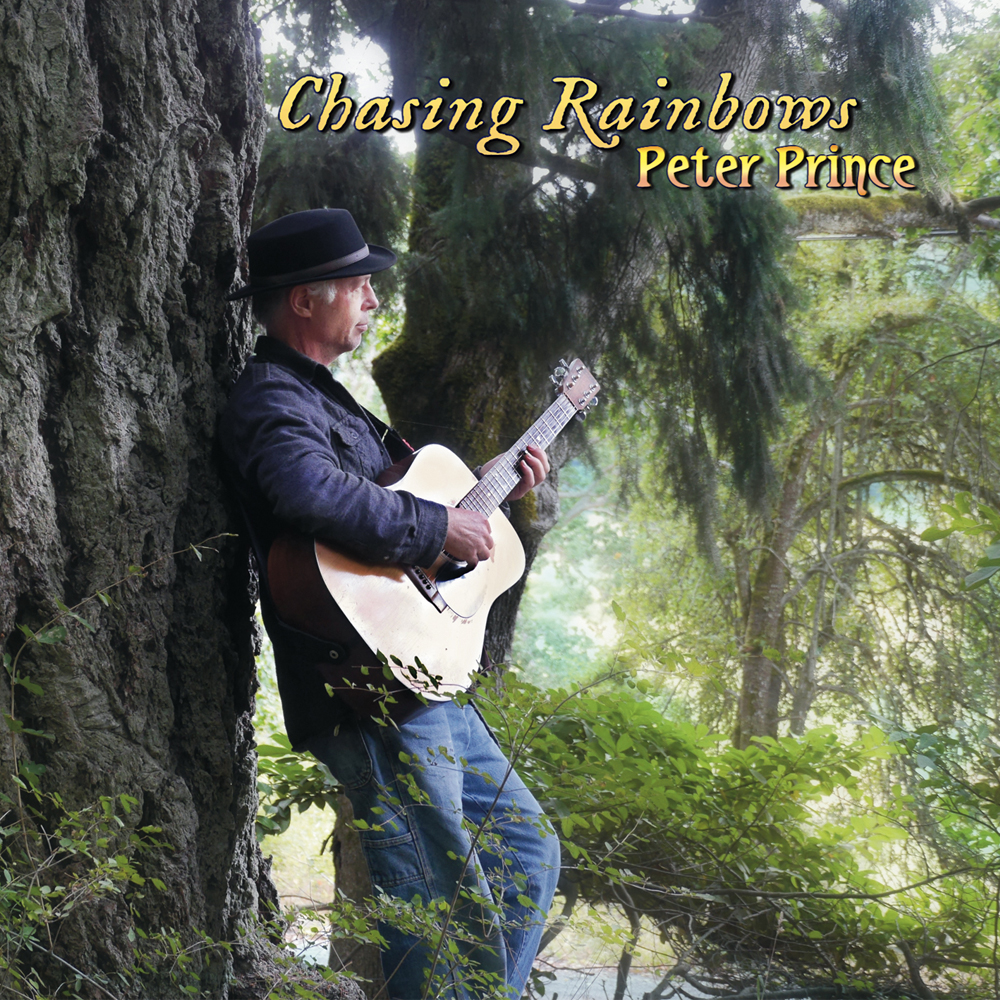 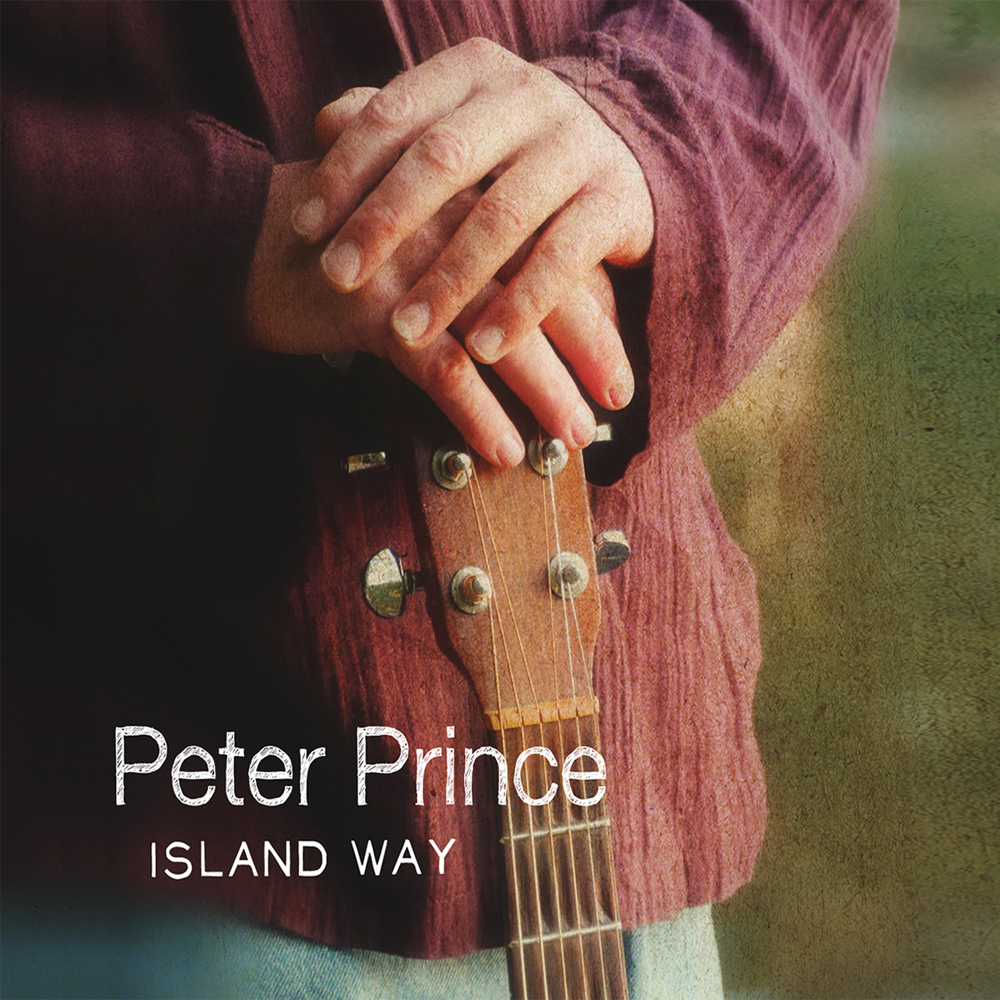 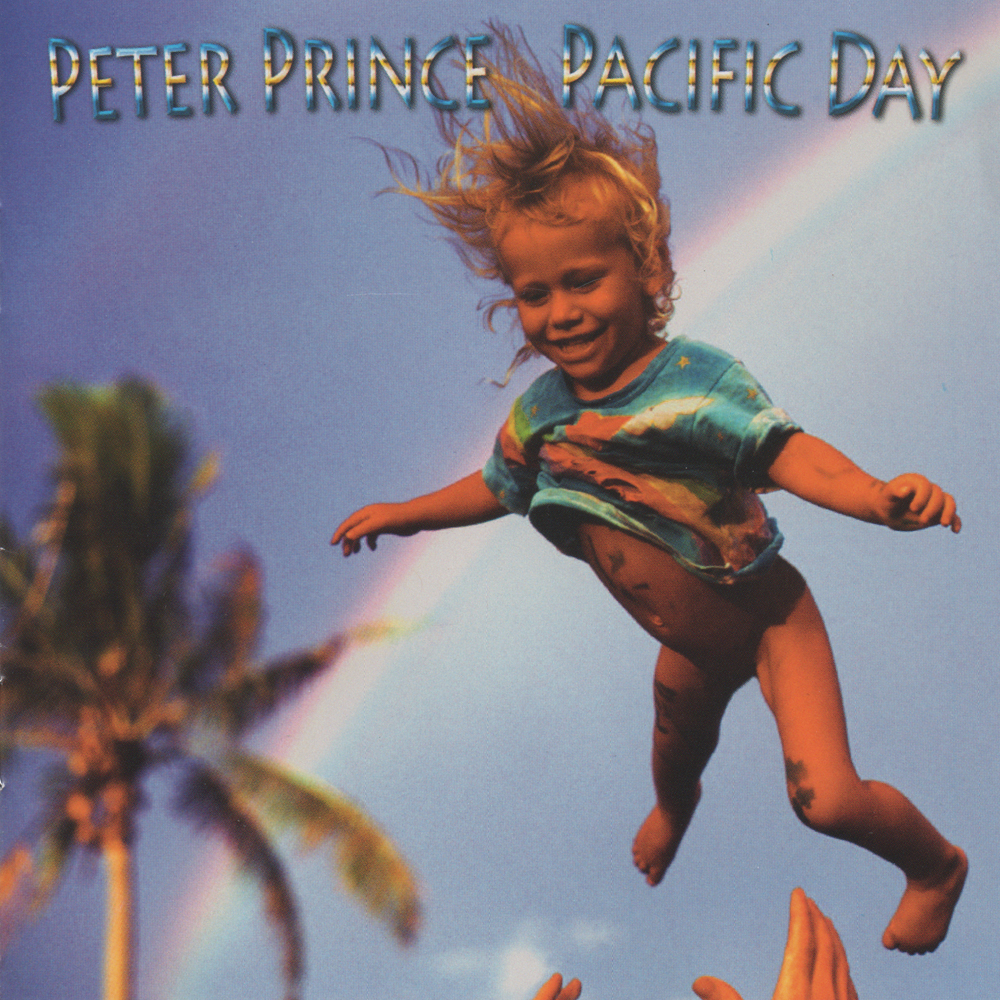 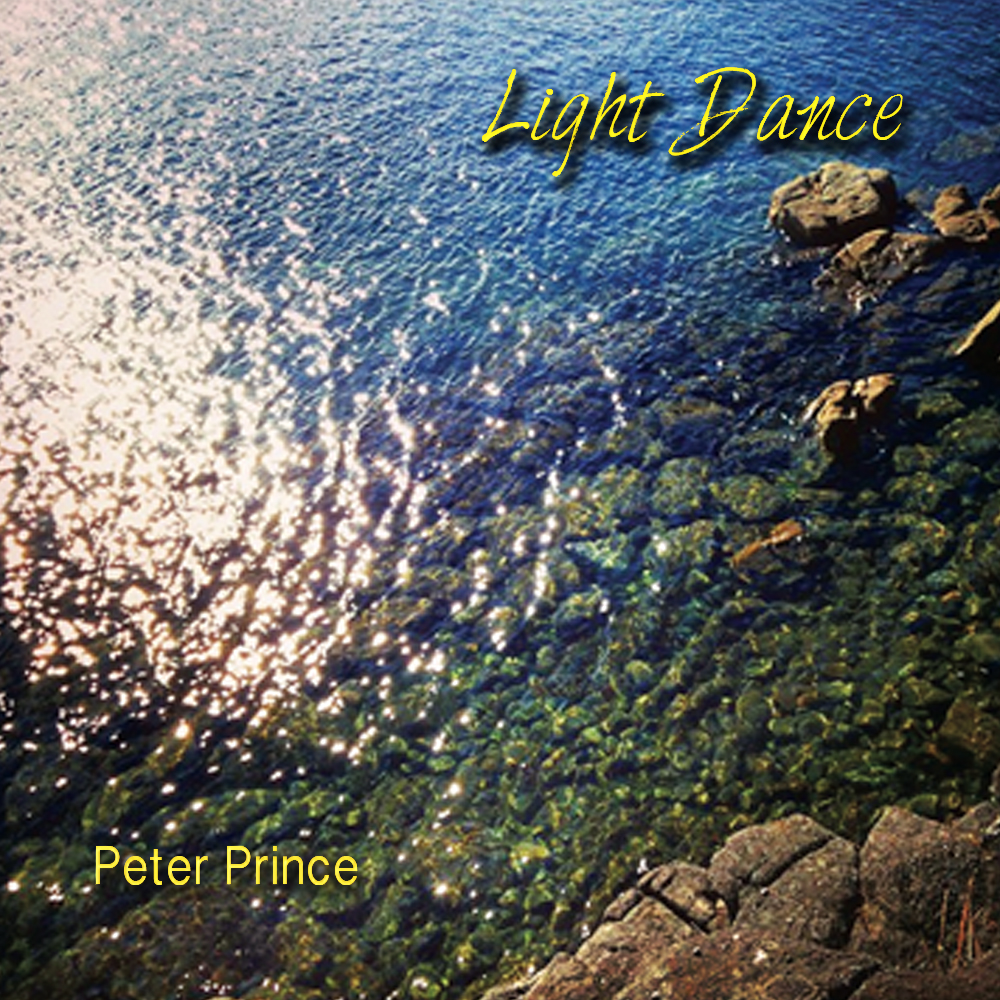 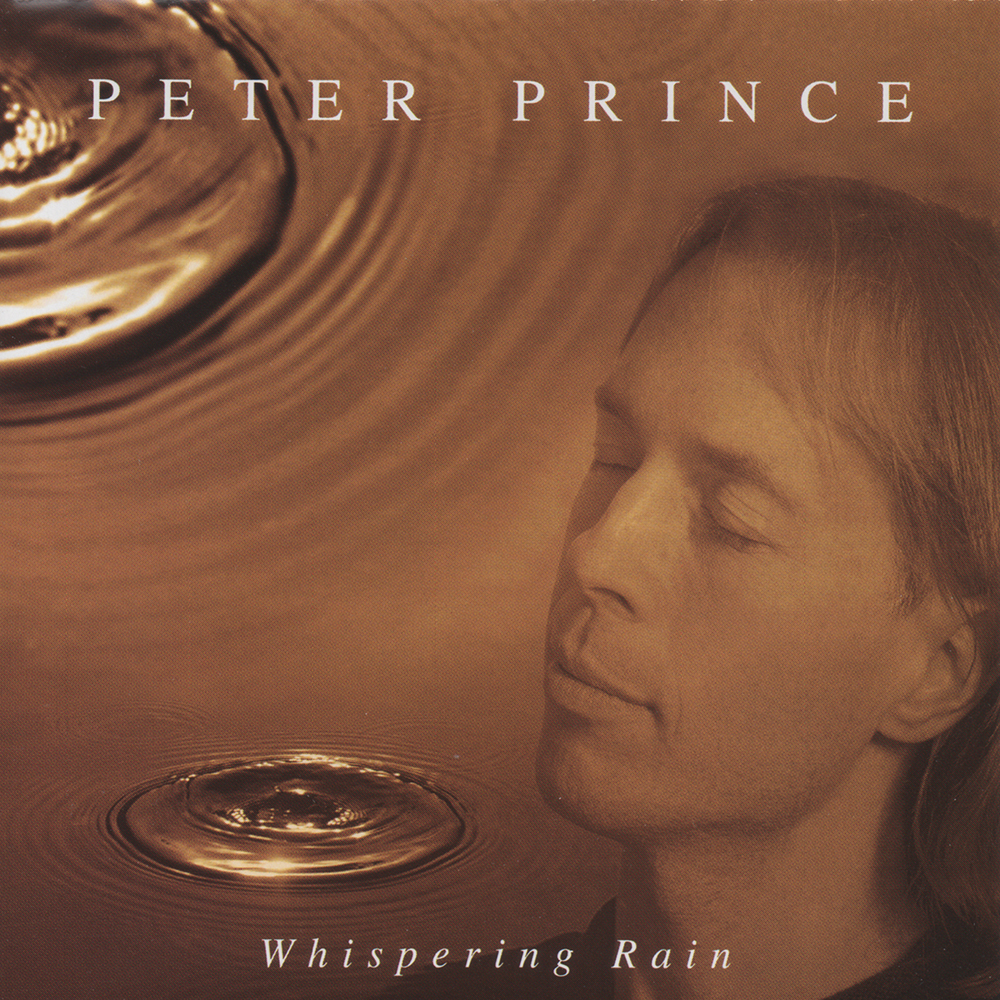 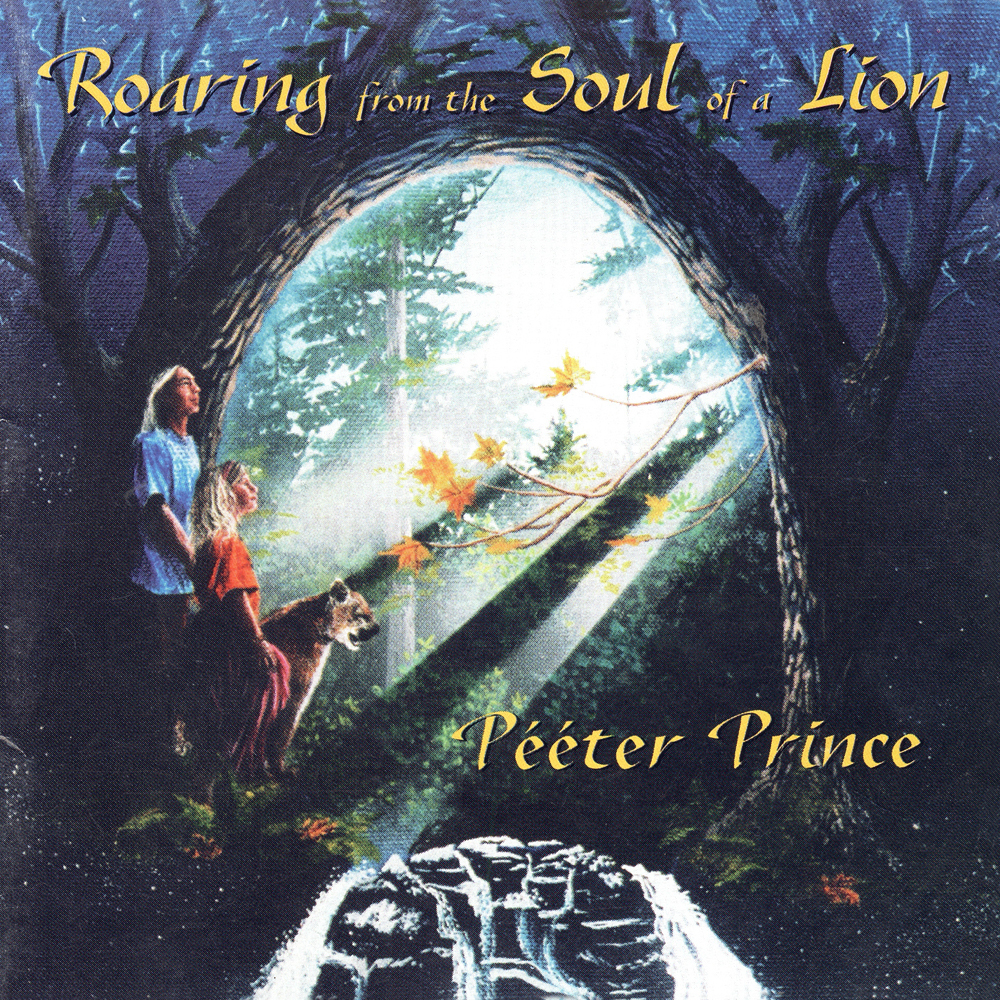 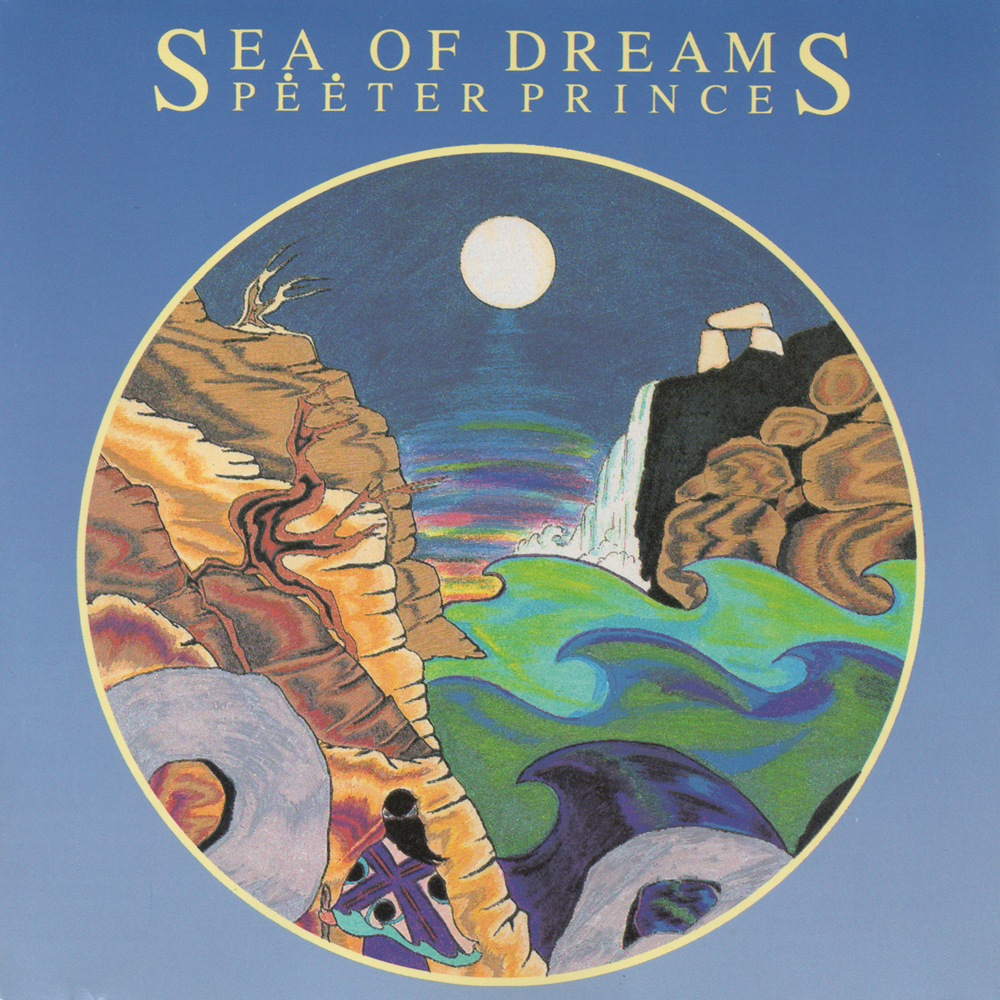 BHUTAN - The Kind Kingdom was  honoured as "feature documentary finalist" at the Travel FilmFest International in Limassol, Cyprus. Discover the rugged natural beauty and vibrant culture of this enchanting Buddhist nation as local farmers strive to save their beloved “heavenly birds“ — the Black Necked Crane. BHUTAN screens October [...]

Salt Spring Arts - watch it on your local Shaw TV community channel, in Victoria, on Vancouver Island and Salt Spring Island. Also watch the video free on YouTube at - https://youtu.be/dVEFnp1nJgs The venerable Mahon Hall (1901) is the headquarters of Salt Spring Arts and the Artcraft Gallery, in Ganges [...]

Watch ReDiscovery - The Eagle’s Gift - free on YouTube – https://youtu.be/Xaxk_kib8L8 Produced and directed by Peter Prince. Narrated by Bill Reid (1920-1998), Haida artist/writer/broadcaster. The half hour documentary shares the story of a group of native and non-native youth who embark on a rugged journey of self-discovery as they [...]

Prince’s music is a fusion of contemporary Folk and World Music that creates a distinctive blend of acoustic roots and global grooves. With his rich resonant voice, he delivers artfully wrought lyrics in a masterful style that stays true to his Folk origins. An artist renowned for the compelling stories behind his songs, the music of Peter Prince takes the listener on a journey.

Even more memorable are those occasions when Peter performs with his talented Salt Spring band; the passionate delivery of their live shows brings an entirely new dimension to his music.

Listen\Buy any one of his seven ALBUMS.

For booking, distribution, media, or other inquiries, please CONTACT us.

A graduate of Ryerson University with a Bachelor of Technology in Motion Picture Arts, Peter has worked as a producer, director, cinematographer and editor for over three decades. His projects have been broadcast nationally and internationally in over 60 countries. His clients have included the National Geographic, NFB, CTV, CBC, Global, Fox, Bravo and numerous NGOs.

In addition to his work on the projects of others, Peter has also produced his own documentary films to critical acclaim. His latest production, BHUTAN – THE KIND KINGDOM, was celebrated at international film festivals in India, Germany, Bali and Cyprus. Broadcasts on TV networks in South Asia, are ongoing. Screenings have been popular with nature clubs, birding groups, libraries, galleries, museums and environmental studies courses. For distribution, to arrange a public screening, view the film online, buy a DVD, or other inquiries, please CONTACT us.

Peter Prince’s, PACIFIC DAY, is guaranteed to enrich and enlighten even the greyest of West Coast days.

On ISLAND WAY, Peter Prince’s poetic lyrics and soulful arrangements take the listener on a journey.

The multi-talented musician and filmmaker from Salt Spring Island is a prolific songwriter, inspired by the natural beauty and culture of our West Coast.

Inspirational. Motivational. Peter Prince’s songs and stories transported us around the world.

For booking, distribution, media, or other inquiries,
please get in touch.